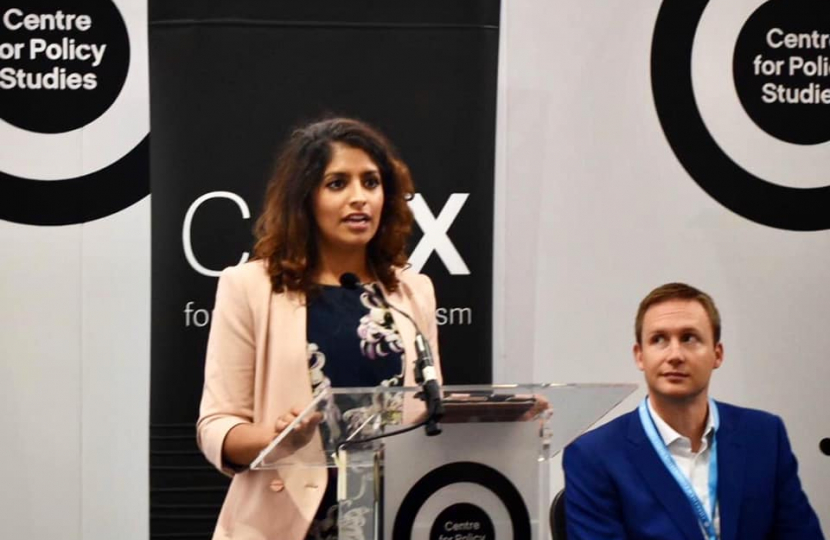 I’m a big fan of the Centre for Policy Studies so I was thrilled to be asked to join a panel at Conservative Party Conference entitled “Doomed by Demographics”. We spoke at length about the demographic challenges that the party is facing, and will face, and the impact this could have on our electoral success if we do not appeal to younger voter, female voters and voters of an ethnic minority background.

A few interesting stats:
- Only 8% of young women say they will vote Conservative, whereas 68 % of young women will opt for Labour
- The tipping point, that is the age at which a voter is more likely to have voted Conservative than Labour, is now 47, up from 34 at the start of the 2017 campaign
- Roughly 3/4 of non white voters vote Labour, >1/5 votes Conservative, according to the 2017 British Election Study

The session was recorded for a podcast: https://capx.co/free-exchange-doomed-by-demographics/