Resham Kotecha in Outreach visits to Estonia and Israel 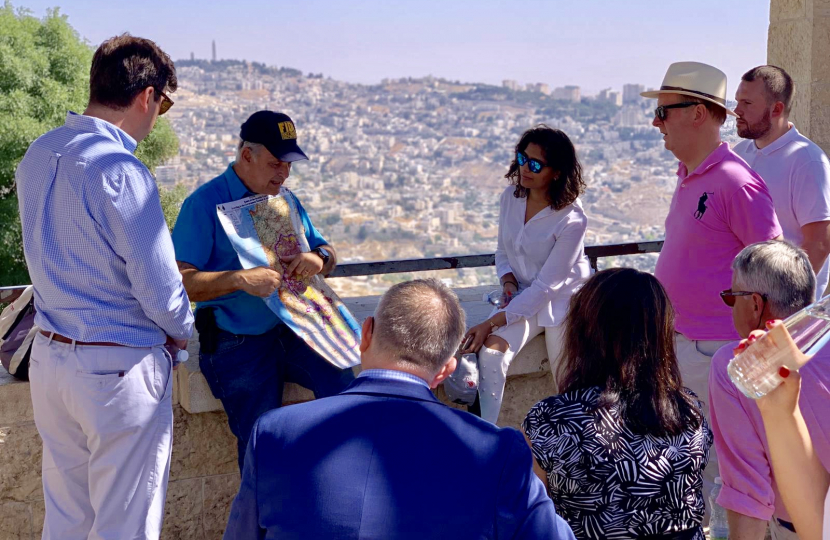 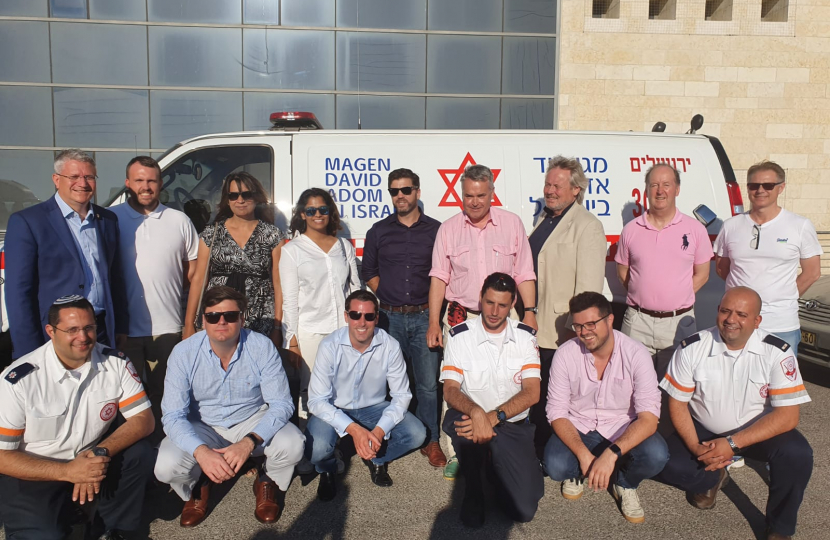 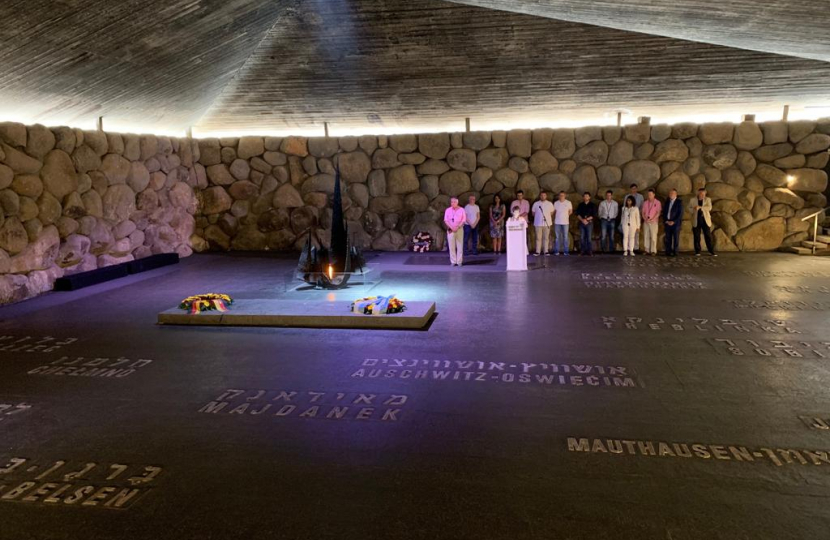 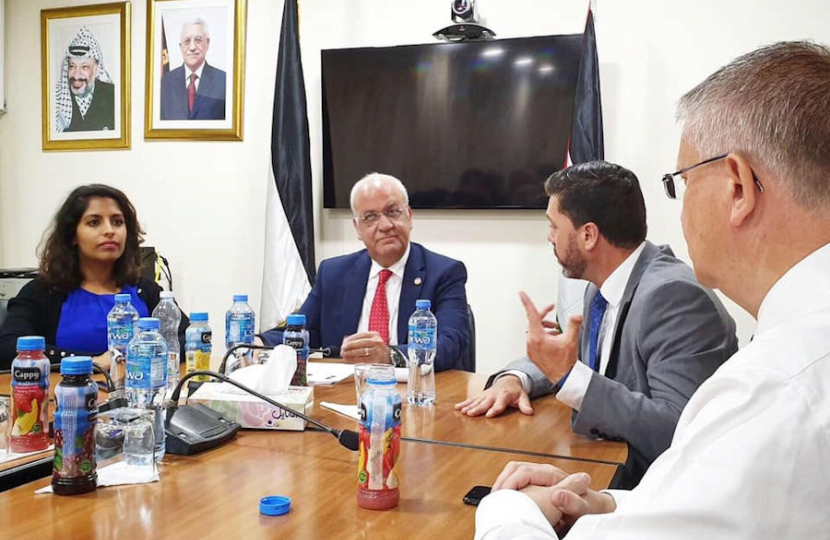 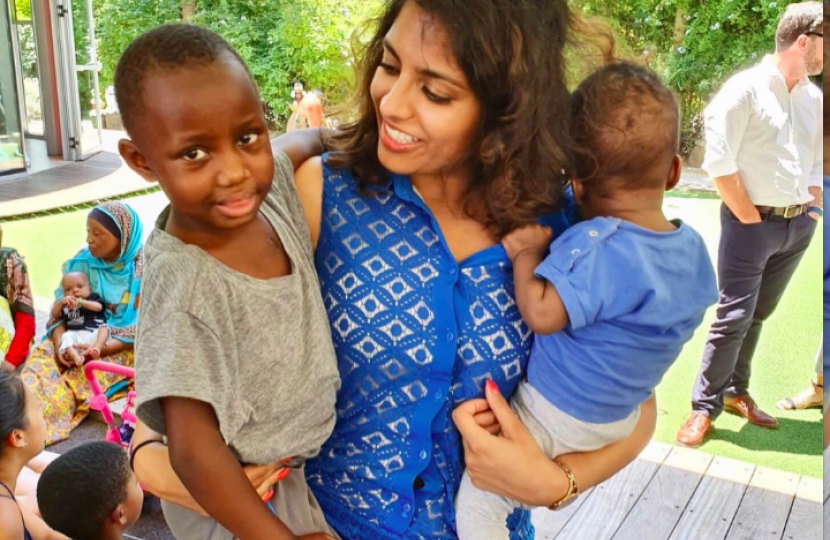 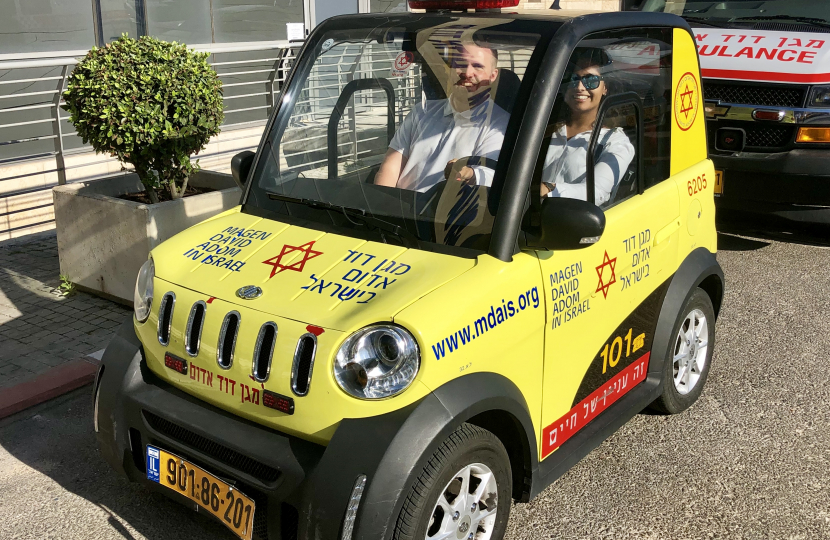 I believe passionately that the UK should continue to develop partnerships with other countries.

As such, it was a real privilege to be invited to Tallinn on a 2 day visit on behalf of the Conservatives Candidates’ and International Department. We learned all about e-Estonia - 99% of all public services are now online. We were lucky to hear from the Minister of Defence for, Jüri Luik, the Lithuanian Ambassador Giesrius Apuokas and representatives from our sister party the IRL . We heard about the vital role of NATO & the British Armed Forces  in Estonia and the protection it provides against Russia. It was great to hear that Britain is a much valued and important ally of the Baltic States

I also had the privilege of joining the Conservative Friends of Israel as they took a group of peers, MPs and candidates to Israel and Palestine. We had a busy 5 days - I've kept a short record of our visit below:

My first day in in Israel with CFI has been amazing.
We had briefings at the Lebanese and Syrian borders from members of the IDF and others. It was a scary experience, hearing and feeling the impact of bombs across the border in Syria whilst up in the Golan Heights.

We then visited Capernaum and the Sea of Galilee to see where Jesus lived, before a hugely insightful dinner with Jonathan Spyer - an Israeli security expert and journalist.

My second day in Israel with Conservative Friends of Israel has been enlightening!

We started off at start up nation, a not-for-profit organisation that connects Israeli startups with MNCs. Israel is the most dense country per capita for startups, with one for every 1,500 people!

We then went on to i24 news studio - a unique news studio as it broadcasts in English, french and Arabic, and features debates between Israelis and Palestinians every day.

We then visited the Wolfson medical centre where the charity Saveachildsheart.org/ is based. They have saved over 4,000 children from over 50 countries, performing life saving heart surgery. They house children for 2-3 months Pre and post op, and we had the pleasure of meeting these beautiful children, from Kurdistan to Zanzibar. They even hold a weekly clinic for children from Gaza and the West Bank.
The charity train doctors and nurses in paediatric cardio surgery so that they can take their skills back home and perform life saving surgery on children in need in their own countries.

In an amazing twist, we visited the hospital at the same time as Uri Geller! He showed us his infamous spoon bending and I was lucky enough to get an autographed spoon!

We then had lunch with the inspiring Sivan Yaari, founder of Innovation Africa - an amazing organisation that uses Israeli technology to bring water and electricity to villages in Africa. Their work can give water to an entire village for less than $50,000!

After lunch we visited Cyabra - a startup whose technology can detect fake social media profiles in under two minutes. They talked to us about fake news and bad agents - particularly relevant in politics and democracy.

We ended the day tired but very inspired!

My third day in Israel with Conservative Friends of Israel was brilliant!

We started in Ramallah in the West Bank with Dr Khalil Shikaki, a Palestinian pollster - amazing for a data geek like me! His polls cover 1,200-1,300 people and he polls Israeli Arabs, Israeli Jews and Palestinians. Amongst many interesting insights, he explained that in all 3 groups, support for a 2 state solution was significantly increased if the external world would guarantee implementation of the agreement.

We then met Saeb Erekat, a chief negotiator for the #PLO. He talked about the importance of “ballots not bullets”, of ensuring hope remains for everyone, and the work towards a 2 state solution to reach peace. It was interesting to hear his perspective & thoughts on the future of young people in Palestine.

We went on to see Rawabi, a new development in the West Bank that is creating 10,000 local jobs, will have a mosque, church and synagogue, space for 40,000 residents and has had a $1.4bill investment. Bashar Al Masri, the CEO and visionary spoke about his desire to create a city for everyone - & showed us an amazing cultural area, including the largest amphitheatre in the Middle East.

We continued on to Jerusalem to meet Deputy mayor Fleur Hassan-Nahoun who talked about the measures she & her team are taking to boost tourism & to improve education & employment opportunities for men and women from all backgrounds, across East and West Jerusalem. She has big aims for the city, & talked us through planning expansion in a historic & politically sensitive city.

I was delighted that we had 2 hours with Professor Reuven Hazan, an Israeli political expert. He talked through the Israeli political system, the unprecedented re-running of the election earlier this year and the emergence of a new political bloc. We were super lucky to have him answer our many questions about his thoughts on how things would unfold in Israeli and Middle Eastern politics.
Dinner in the evening was with Yuval Rotem, Director general of Ministry of Foreign Affairs. He was fascinating, talking about Israel's foreign policy, the UK's relationship with Iran, & the potential for further trade between our countries.

My fourth day in Israel with Conservative Friends of Israel was intense, emotional and educational!

We started off with a security barrier tour with Danny Tirza (Col. Ret.), former chief mapmaker for Israeli negotiators. He talked about the 726km of barriers (5% are walls and the rest are wire fencing) built by Israel in response to the 3,000 terror attacks (and 1,562 lives lost) between 2000 and 2006. In comparison, from 2007 to today, there have been 50 terror attacks & 40 people killed. He explained no one was resettled - in some cases it took 2 years to work out how to build the fence so residents would be secure & satisfied. He, and we, look forward to the day a peace agreement is made and the barrier can be taken down!

We went on to the Yadvashem Holocaust Museum - the most emotional part of our trip. I've grown up learning about the Holocaust in school & and visited many memorials, but this was the most beautiful tribute & telling of the Holocaust I've seen. Trees have been planted in memory of the non-Jews who risked their lives to save Jews. We had the honour of being able to participate in a private memorial service - to remember the 6 mill people (inc 1.5mill children) who were murdered by the Nazis. They have a Hall of Names to preserve the victims - beautiful but so tragic.
"Not every victim was a Jew but every Jew was a victim"

We had Lunch with David Horowitz, editor of the Times of Israel, who shared his perspective on Israeli political & global political issues.

We ended the day with an incredible visit to Magen David Adom - Israel's paramedic society. We were blown away by the technology MDA use to achieve amazing results. They have an app to call an ambulance, video call paramedics to show them the issues while waiting for an ambulance & can send data from the ambulance directly to the hospital for speedy treatment. People can even see on the app how far their ambulance is! They have amazing simulation rooms to train their 2,500 staff & 22,500 volunteers & have over 20,000 "life guardians" who get notified if someone near them needs medical assistance.

A model we should copy!