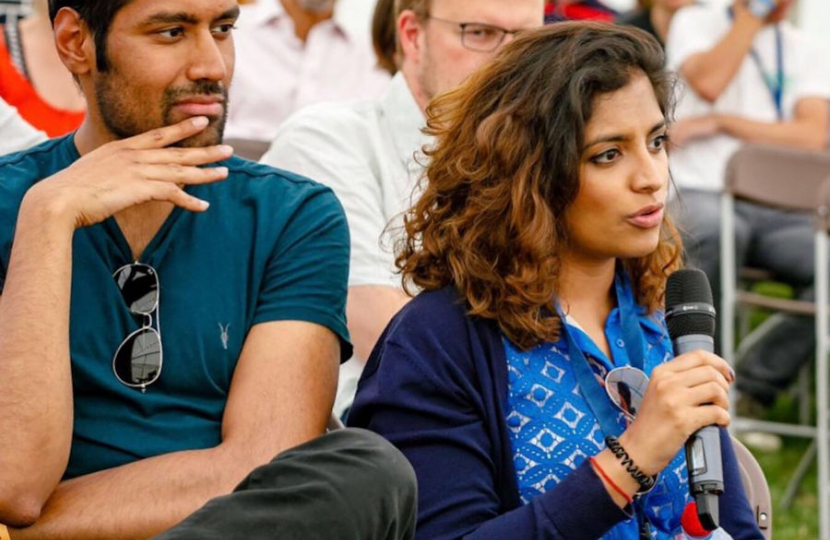 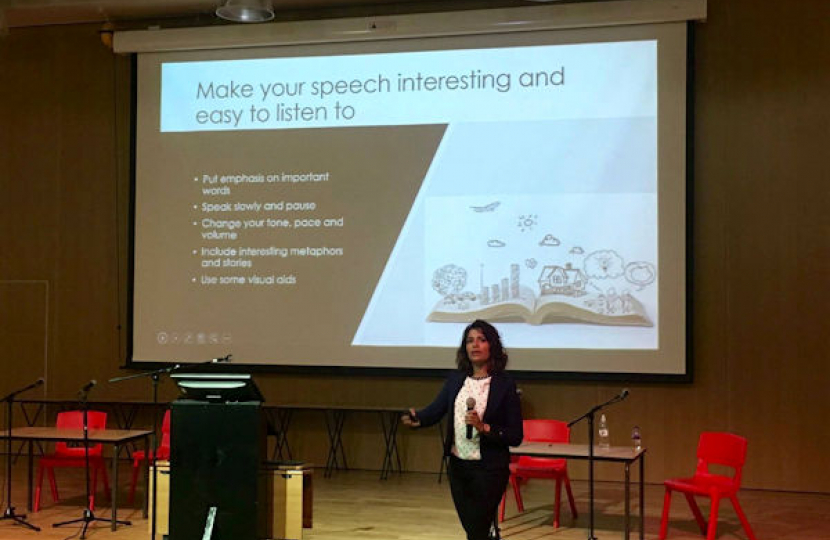 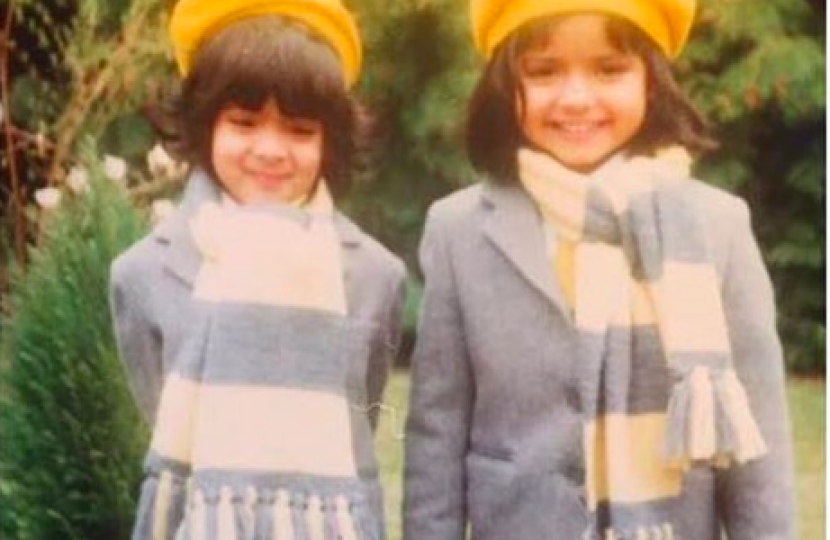 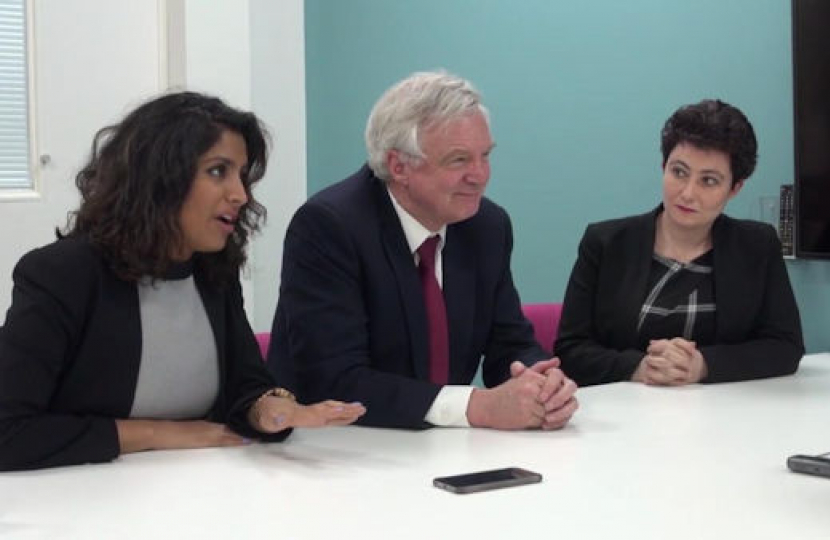 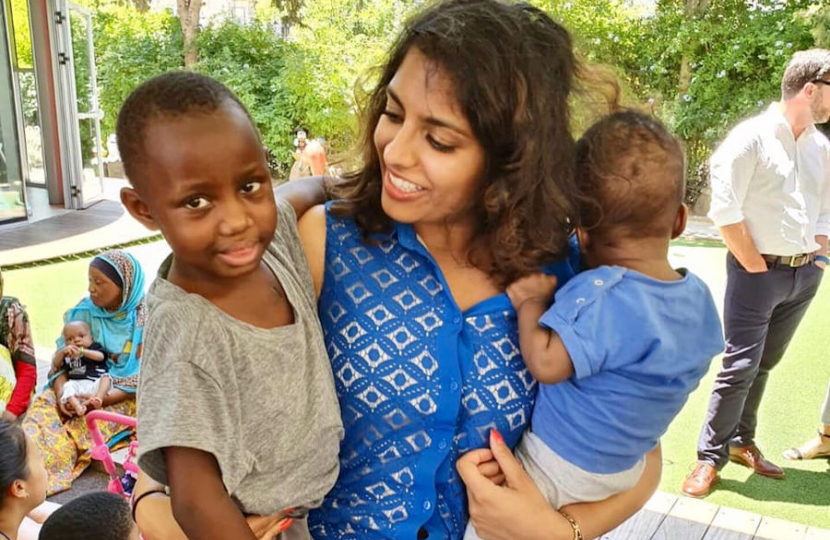 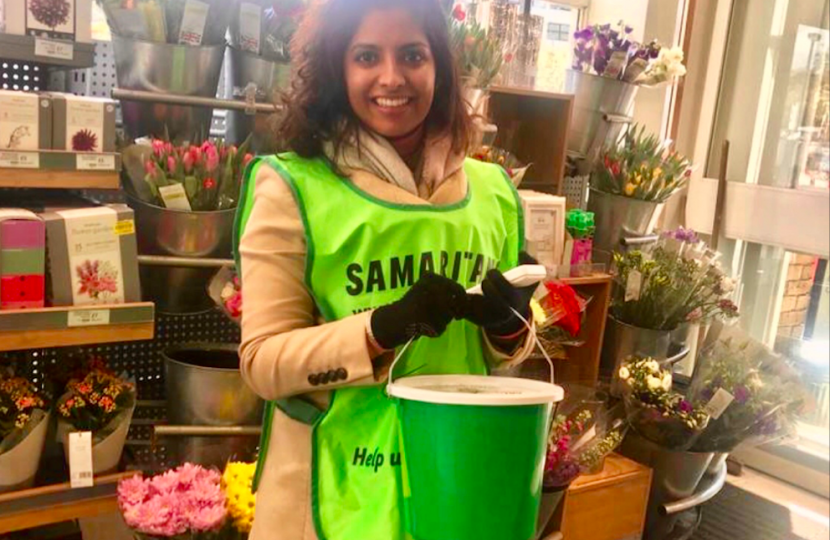 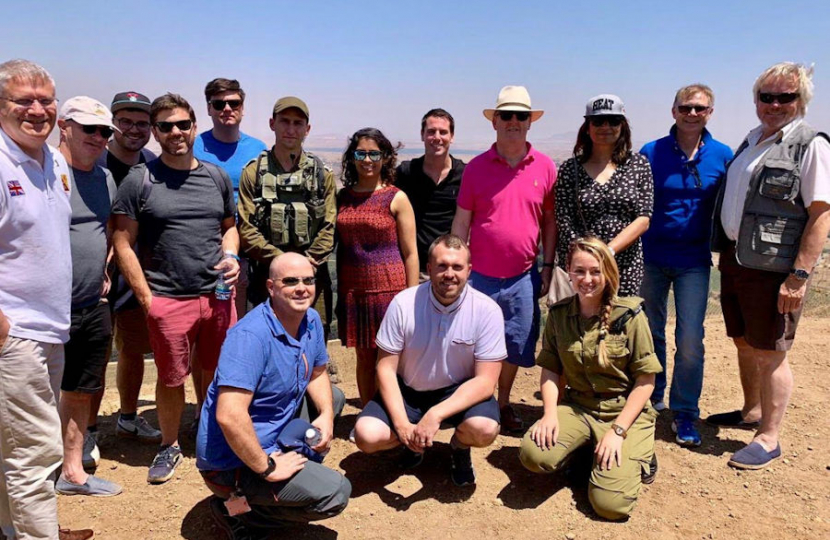 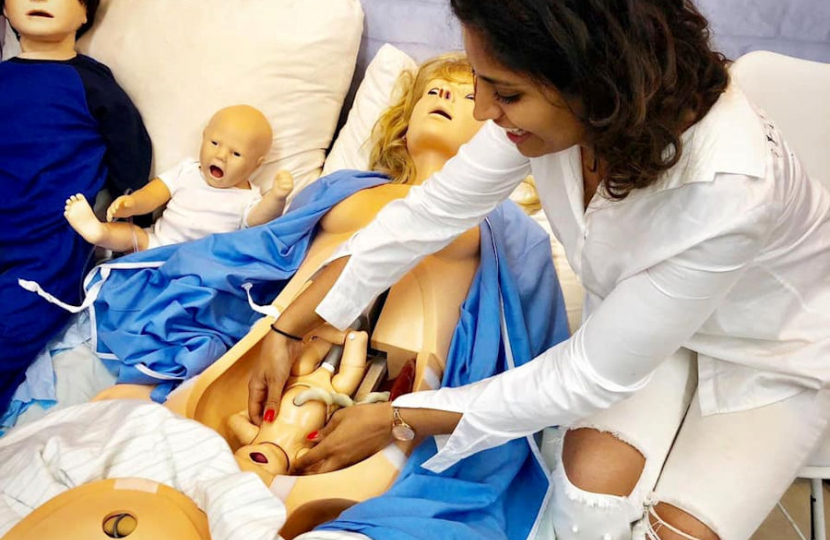 Resham has been active in politics for seven years and is a dynamic, energetic campaigner.

She stood as a candidate in the 2015 General Election (Dulwich & West Norwood) raising £30,000 and increasing local membership by a third in just nine months.

She was a candidate for a target seat in the 2017 general election (Coventry North West), achieving the party’s highest voteshare since 1979 and raising £25,000 in just six weeks.

Resham serves as the Head of Engagement for Women2Win, an organisation cofounded by the former Prime Minister to get more women elected to Parliament. She speaks at Schools and Universities around the country as part of her outreach role to try and encourage young people to get involved in politics.

Resham has spoken at events such as the Battle of Ideas conference at the Barbican and has written for publications such as The Times and Huffington Post. She is the founder of the Conservative Policy Network, designed to increase accessibility to policy-makers, and runs her own public speaking training agency, Podium Perfect.

Resham worked as the Director of Strategy and Education at the UK Anti-Doping Agency - a National Body - where she looked after 4 teams, and is currently taking some time to focus on building her small business.

She holds a Bachelor’s degree in Economics from Cambridge University and has also been recognised as one of the World Economic Forum’s Global Shapers. 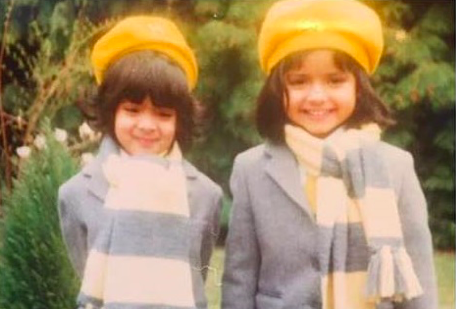 Resham Kotecha’s parents came to the UK when they were teenagers, hoping to work hard and realise their potential. They met at a polytechnic at 18 and married at the tender age of 21 – when they started working two jobs each to be able to provide for themselves. They waited 13 years before having children, wanting to ensure they built a stable foundation for their family and that they could afford kids – keen to pass on their ethics of hard work, aspiration and integrity. By the time Resham and her twin sister Ria were born, their parents had set up a successful accountancy practice, and a business supplying threads, zips and cottons to high street brands.

Resham and Ria started off their education at The Hall in Northwood, and they grew up seeing their parents working hard to make successes of their small businesses. They spent summers helping their parents as best they could, learning the importance of small businesses in supporting the local community. Resham went on to study at the University of Cambridge, where she read Economics, focusing on game theory, behavioural economics and development policy.

The family contribute to local charities and community projects such as the Lions of Moor Park. the Michael Sobell Hospice and the Samaritans.

Resham started off her career working at the Financial Services Authority where she worked to analyse the risks to the financial sector from changes in law, policy and regulation - particularly EU-based regulation.

She went on to work in Parliament, as a researcher and then an Economic Advisor to an MP and Minister. This work gave her a practical understanding of how to negotiate, develop and influence policy, as well as how to utilise her political network to create effective change to benefit people. Resham worked on a campaign to tackle youth unemployment which led to a change in law by the then Chancellor.

Inspired by her parents’ work in running businesses, Resham then worked as a Strategy Consultant, working with Senior Leadership Teams at companies such as Facebook, the BBC and Reuters to help them develop strategies for the future and to launch new products and services across different countries and regions.

Resham worked as the Director of Strategy and Education at the UK Anti-Doping Agency - a National Body - where she looked after 4 teams and is responsible for liaising with National and International organisations, Ministerial departments and other stakeholders. She left this role in October and is focusing on establishing her business. 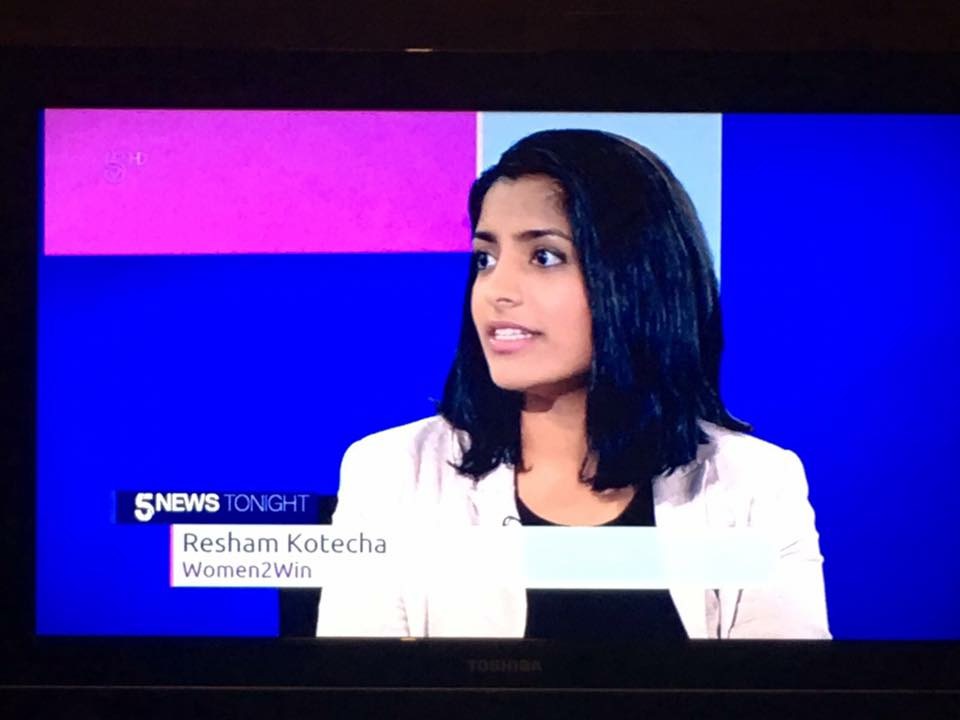 Resham has been a passionate public speaker for years, winning the London and south east England rounds of the Association of Speakers’ Club competitions, and coming 4th nationally.

Resham started training parliamentary candidates in public speaking in 2013, training over 100 candidates in the lead up to the 2015 General Election - 13 of whom are now MPs.

Earlier this year, Resham was flown to Macedonia by the Westminster Foundation for Democracy and the Conservative Party to train politicians from North Macedonia, Albania, Kosovo, Bosnia & Herzegovina and El Salvador.

Resham founded a business, “Podium Perfect” to teach public speaking skills and interview techniques to professionals, students and politicians. She has provided training at schools, careers days, candidate training sessions and for SMEs.

Resham has a long history of being a passionate advocate for causes she cares about, and contributes to her community as much as she can.

Whilst working in Parliament, Resham was a passionate supporter - and the lead economist - of a campaign to address youth unemployment. The team took policy ideas and evidence-based proposals to The Rt. Hon. George Osborne MP, the Cabinet Secretary, and others to influence policy making. In a highly positive result for the campaign, the Chancellor enacted one of the policy recommendations into law.

Resham has spoken at Schools and Universities around the country, such as the London School of Theology, Durham University and Haydon school to encourage young people to participate in politics.

Resham is a former school Governor of an SEN school, the former youth president of the UK’s oldest Asian charity and a mentor of students and young people - giving talks on aspiration, goal-setting and how to get involved in politics.

Resham believes strongly that everyone should have access to policymakers so that they can understand policy decisions and have the opportunity to ask questions. Resham founded the Conservative Policy Network in 2017 - hosting free monthly sessions with politicians such as The Rt. Hon. Michael Gove MP, The Rt. Hon. Matt Hancock MP and The Rt. Hon. Alok Sharma MP.

Resham has been a member of the party for years, but got more heavily involved in 2012, campaigning in Local Elections, By-elections, Mayoral Elections and General Elections.

Since then, she has held various positions within the voluntary party, elected as Deputy Chair of the Northood Ward and Area Chair for North West London (covering Harrow, Hillingdon, Brent and Ealing). Elected by Association Chairman and officers, Resham is also a member of the London Board, working to support associations and Local, Mayoral and General Election candidates across London.

Resham organised a Brexit panel for her local association (Ruislip, Northwood and Pinner), attracting over 100 attendees, has hosted a fundraiser for Shaun Bailey on behalf of London NW and London N Conservatives, and has hosted the Northwood Hills Christmas party for members.

In the 2015 General Election, Resham raised £30,000 as the candidate for Dulwich and West Norwood, achieved a significant increase in membership and moved the Conservative party from 3rd place to 2nd.

Resham enjoys speaking to voters, debating policy on the doorstep, and using her network in Parliament to help with their issues.

She has written for The Times and ConservativeHome, has featured in the Financial Times, and has appeared on Channel 5, the Victoria Derbyshire Show and BBC Asian Network amongst others. 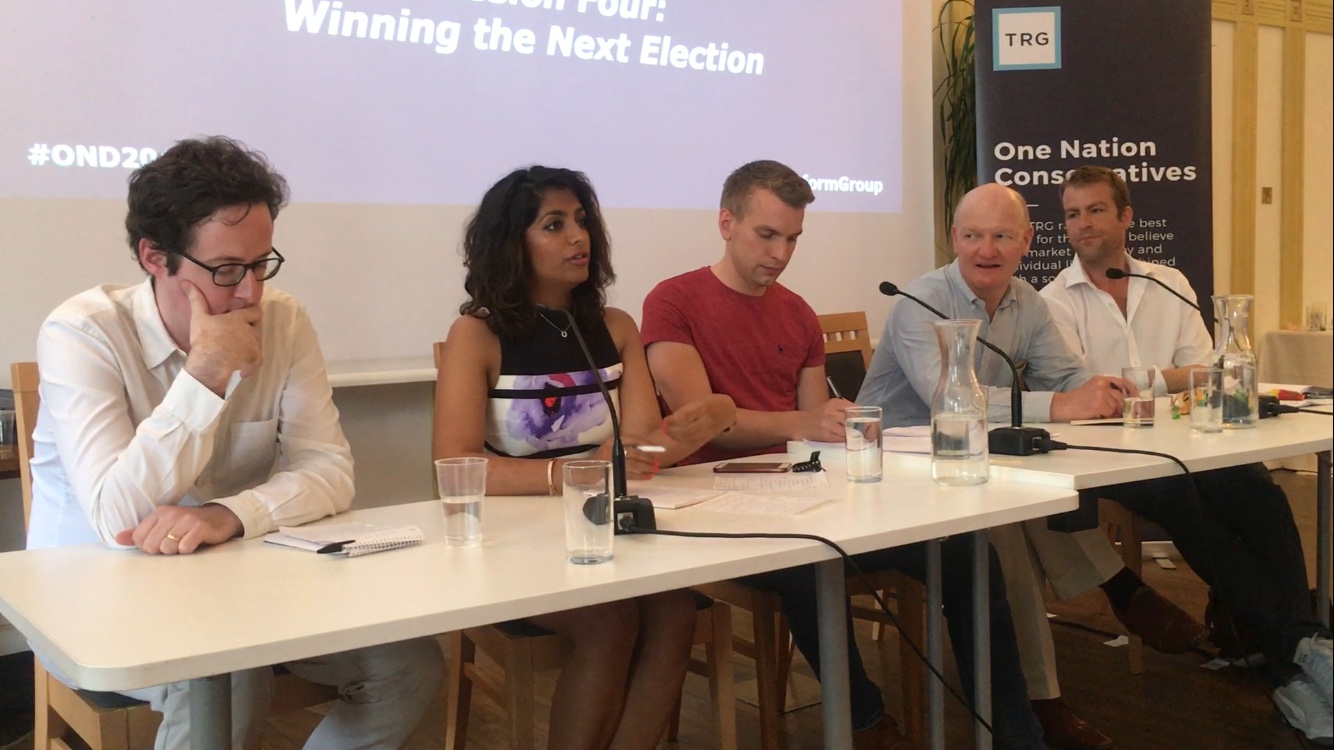